The 2019 edition of Accomplices took place around the corner from the Oracle of Delphi and home of its deity Apollo, and was designed to create an occasion for speculation and prophecy, but also for knowledge and friendship. The event titled Where’s the Future? took place from June 3 to 6, and was hosted at the Annex of the Athens School of Fine Arts.

The largest edition of Accomplices to date, it included nearly 50 participants who belong to an emerging generation of artists, writers, and curators from the Arab world working across a diversity of disciplines including arts, media, and activism. Each of the meeting’s four days was dedicated to an overarching theme: absence, motion, complicity, and prediction, and the participants were asked to individually respond to one of the following questions: Who or what do they wish was here? What would they like to see disappear? How do they move things, what slows them down or speeds them up? Who are their enemies? What would they share with a very large group of people? What will they learn in the future? What can be done to lead to celebration? Responses took various forms including talks, readings, screenings, workshops, and other collective activities. 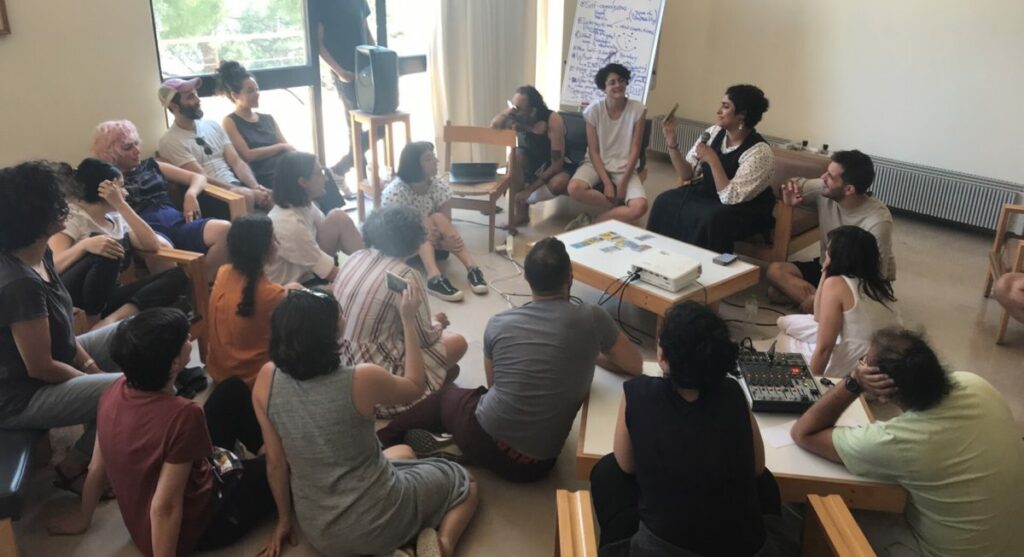