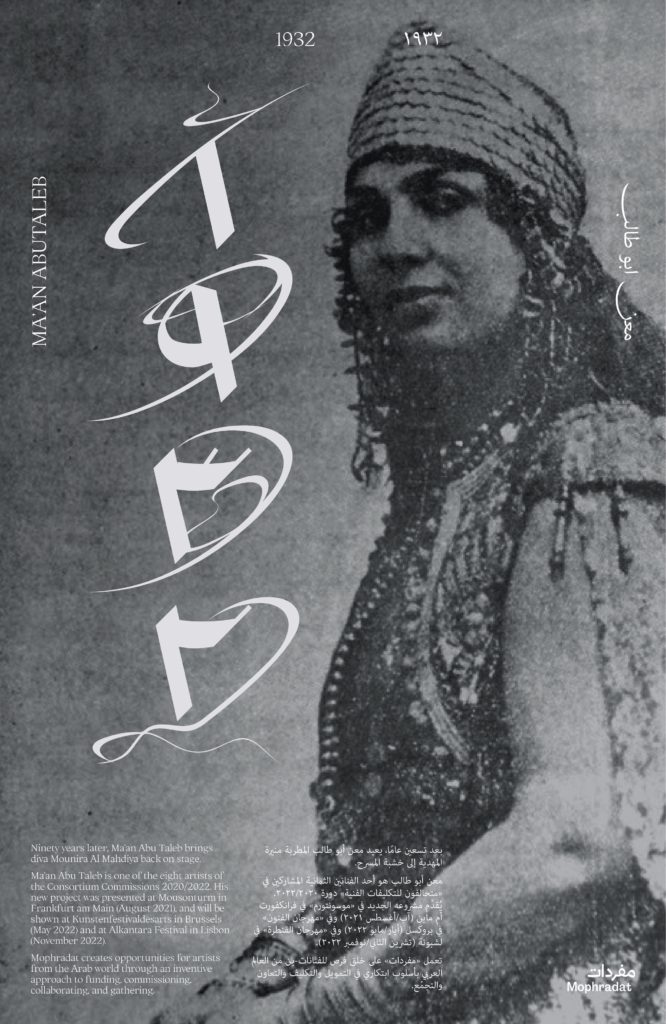 Maan Abu Taleb
The Congress
14 May, 2022 at 7pm to 9pm
Kunstenfestivaldesarts

We are delighted to announce that Maan Abu Taleb’s staged reading, The Congress, will be performed at the Kunstenfestivaldesarts in Brussels, as part of the second edition of Mophradat’s Consortium Commissions 2020/2022.

The Congress is a staged reading of Maan’s play titled 1932 that tells the story of the first and last Congress of Arab Music that took place in Cairo in 1932, which aimed to modernize and standardize Arabic music. In his play, Maan imagines five prominent musicians meeting on the occasion of this historic landmark event, including the divas Mounira El Mahdeya and Umm Kulthum. While some of them attempt to prevent the congress from taking place, others see it as their chance to become world stars at long last. The reading is followed by a conversation on the impact of colonialism and globalization on the temporality of music with Maan and Reem Shadid.

Maan Abu Taleb (b. 1981, Amman) is a Palestinian novelist, essayist, and cultural editor. He is the founding editor of Ma3azef, the Arab world’s leading online music magazine. His debut novel, All the Battles, was released to critical and popular acclaim in 2016. He lives and works in London.

A first iteration of this reading was performed at Künstlerhaus Mousonturm in Frankfurt am Main in August 2021. You can read more about Maan’s work and reading at the Kunstenfestivaldesarts here. 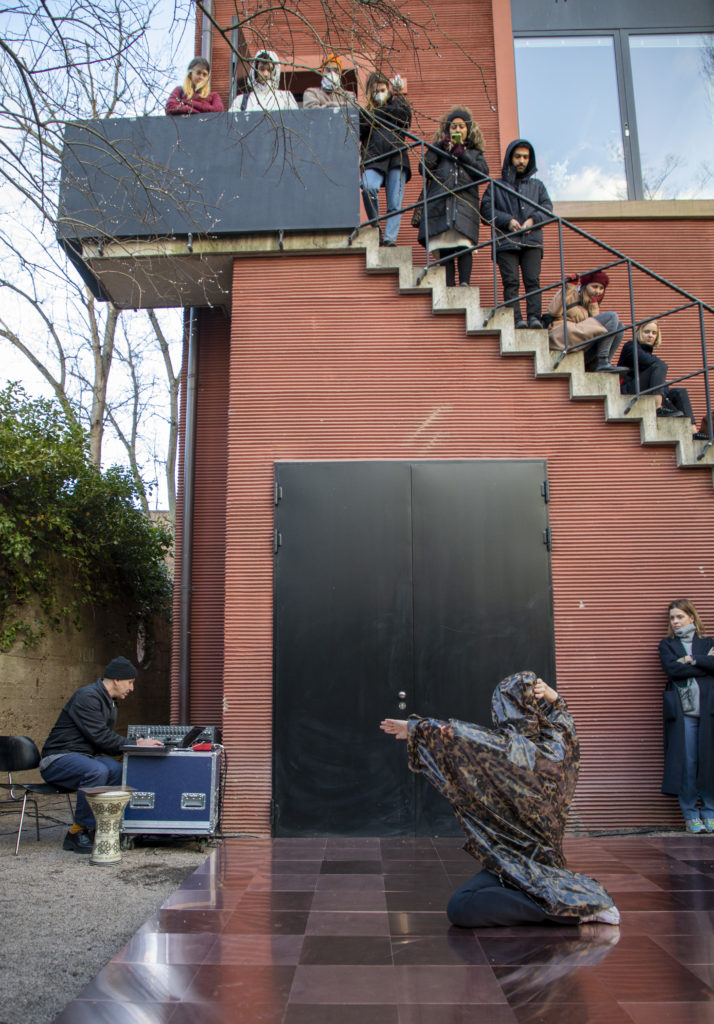 We are delighted to announce that Joe Namy’s performance Disguise as Dancefloor will be performed at the Renaissance Society (Chicago) later this month, as part of the second edition of Mophradat’s Consortium Commissions 2020/2022.

Disguise as Dancefloor is a performance, a sculpture, and a research project. It links sound and alchemy in an exploration of the subversive role of the low end and its effect on the body – extreme frequencies for extreme times. This performance conjures a dance floor and brings to life a series of collaborative scores and improvised happenings. It explores the subversive politics of bass and the effects of sound on the body, generating new modes of holistic listening and situations where gestures, sounds, and words mingle in adventurous ways. A first iteration of this performance was held at Portikus in Frankfurt am Main this past winter. You can read more about Joe’s work and upcoming performance at the Renaissance Society here.

Joe Namy (b. 1978, Lebanon) is an artist, educator, and composer. He often works collaboratively at the intersections of sound, video, performance, and sculpture.

Initiated by Mophradat, the Consortium Commissions is an innovative model for co-commissioning art projects by emerging artists from the Arab world. Every two years, Mophradat creates a network of collaborating partner museums, art centers, theatres, and festivals around the world that collectively select, produce, and exhibit ambitious new artworks by emerging artists from the Arab world. You can read more about the Consortium Commissions here.

The Consortium Commissions 2020/22 is implemented with the support of Mophradat’s institutional partners, and with additional support provided by The Andy Warhol Foundation for the Visual Arts and the Stavros Niarchos Foundation.