For the second edition of Orbitals, four curators traveled together to New Delhi and Chandigarh from October 13 to 21, 2019.

Soukaina Aboulaoula (b. 1993) is an independent curator based in Marrakech where she co-founded and co-manages Untitled, a curatorial, editorial, design, and art direction agency.

Nada Bakr (b. 1989) is an Egyptian curator, researcher, and cultural manager. She is currently the managing director and co-curator of Cairotronica — Cairo Electronic and New Media Art Festival, and is Community and Project Manager at Disruption Network Lab in Berlin

Nuha Innab (b. 1985) is an architect and researcher based in Amman where she co-founded OPPA for research and architecture in 2019, and is also the founder of Plot_436, a digital archive about architecture in Amman.

Beya Othmani (b. 1992) is an Algerian-Tunisian curator who is currently pursuing her MA in Spacial Strategies at the Weißensee Kunsthochschule in Berlin and preparing a program of artistic interventions at La Boite in Tunis.

The participants were selected from a very competitive pool of over 75 applicants.

The Foundation for Indian Contemporary Art (FICA) is a non-profit organization set up in 2007 with the aim to broaden the audience for contemporary Indian art, enhance opportunities for artists, and establish a continuous dialogue between the arts and the public through education and active participation in public art projects and funding.

Mila Samdub is a writer and curator based in New Delhi. He works on digital governance and modernist architecture. The future is his abiding research interest.

Zasha Colah is an independent curator who teaches comparative curatorial theory at NABA Milan. She co-founded Clark House Initiative in Mumbai, an artist and curatorial union.

On the occasion of Orbitals 2019, Mophradat and the Foundation for Indian Contemporary Art (FICA) hosted an evening dedicated to some of the references and influences shaping today’s curatorial practices in the Arab world. The four participating curators, Soukaina Aboulaoula, Nada Bakr, Nuha Innab, and Beya Othmani, introduced their practices — ranging from architecture to visual arts, new media, and sound — through the material that informs their work. Presenting writings, videos, music, and more, a proposal for a tentative lexicon for understanding the contexts of art-making in the Arab world may emerge. 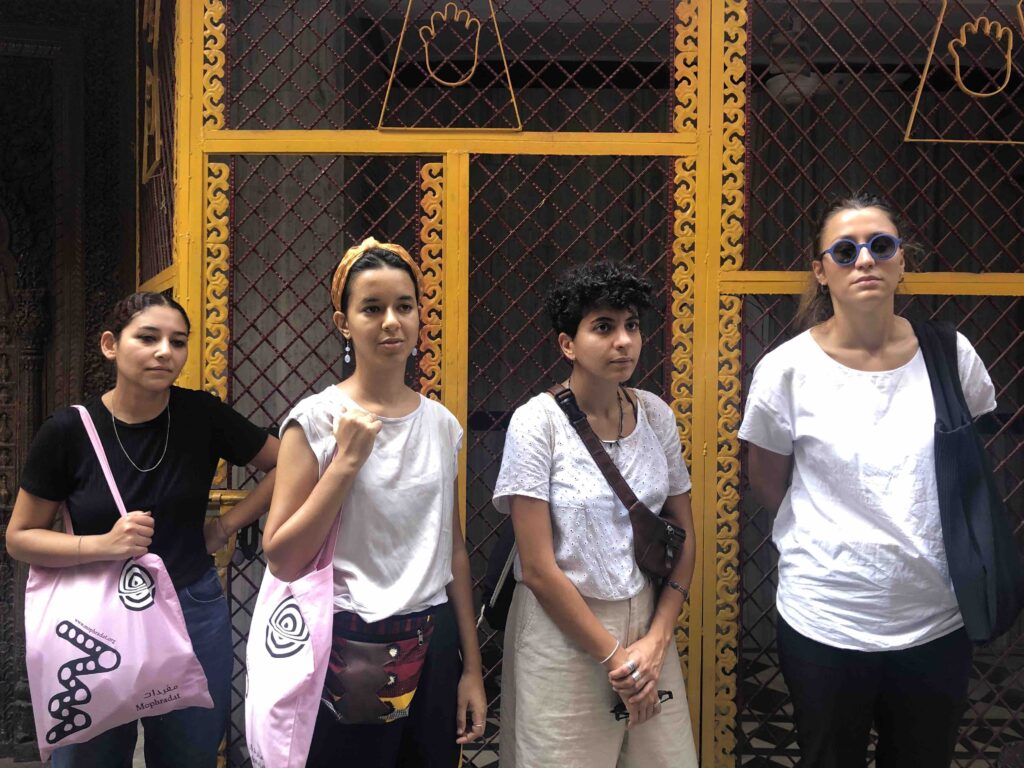