This edition of the gathering experimented with various modes of writing, co-writing, reading each other, and sharing. Participants were invited to design writing sessions for the group, and were encouraged to be experimental and playful in their approach. The writers then invited each other over into complicated, unfamiliar terrains and to explore various techniques, languages, and formats. Over the course of four days of writing sessions and workshops, the participants wrote, individually and collectively, and discussed the many difficulties, pitfalls, but also potentialities and joys, of writing, in an abundant chaos of languages —ranging from a variety of Arabics, French, and English, to the occasional exclamation in Amazigh — and of styles of writing and storytelling — from science-fiction, to realistic writing, to essays, poems, jokes, and many experimental forms in-between.

The sessions included co-writing experiments, such as Dani’s “Ship of Queens,” a post-apocalyptic prompt which, over the course of two hours of writing, became a fully-fledged science-fiction story in three languages and eight styles of writing; or Samira’s proposal to write “in-between” each other’s texts which led to curious, layered, choral poems. Meanwhile, Fatima Zohra invited the writers, in pairs, to describe one shared everyday occurrence from their respective points of view. The results were affecting and intimate texts.

Other writers facilitated discussions, sometimes aided by writing prompts. Noor and Nael invited the group to parse a text or a sentence to uncover what could be done with its many iterations. Karim, Nur, Saleem, and Soukaina facilitated workshops or discussions around how to understand and write (or not) intimacies, magic, personal and ancestral wounds, technology, finality into our texts; while Sahar invited the group to consider which of their writings provoked embarrassment, and to pay attention to that feeling to understand and, hopefully, overcome it. Participants discussed a wide range of topics including escapism, death, the metaverse, and looking for oneself, the collective self, and the connections therein. They talked about exaggeration as a storytelling tool, writing as a form of tattooing, the immersion that comes with reading good stories, and much more.

In a field such as literature, which can tend towards isolating its practitioners and dividing them by language or genre, it is rare for writers of and from the Arab world to be able to meet in situations across languages, genres, and territories and to be afforded the time to reflect on their practice with other like-minded peers. The shared moments between the sessions, moments of down-time or rest — whether over lunch, dinner, or walking to and from the Mophradat venue — demonstrated the need for caring and intimate spaces that bring writers together to meet and experiment, to have difficult discussions and share complicated, unfinished projects or ideas, as a way of supporting their practice and laying the groundwork for future collaboration and opportunities.

Participants expressed that the sessions invoked the friendships that lie in between and beyond books. There was laughter, some tears, shared vulnerability, and beautiful joint writing that took place, where writers worked together to produce texts and stories that blended their different styles and worldviews. It was felt that the workshops, coupled with the specificity of the venue’s location in Athens, provided a sense of calm, reflection, nurture, community, and even family.

Arabics 2022 was realized with the support of the European Cultural Foundation and in cooperation with Allianz Kulturstiftung. 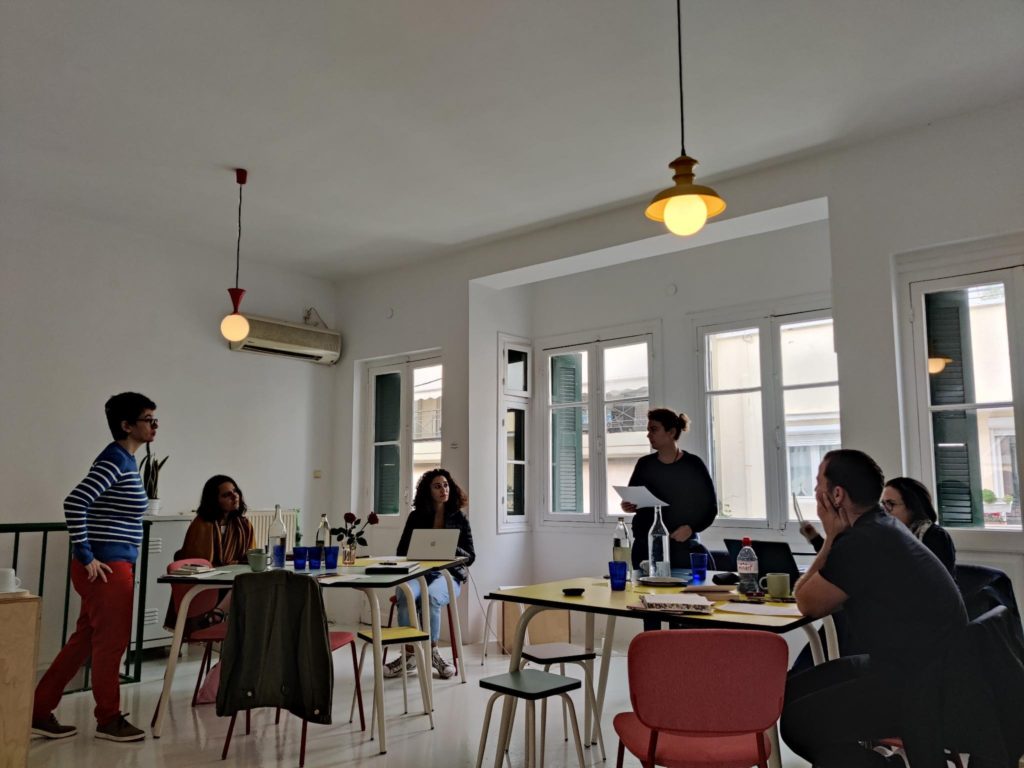 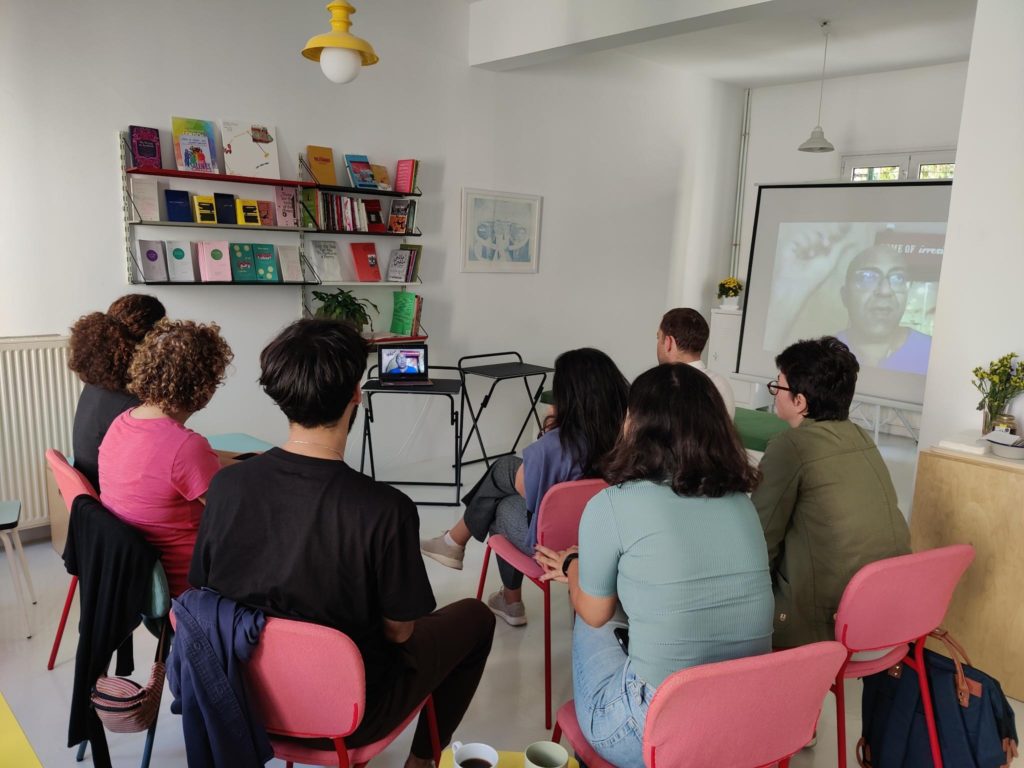